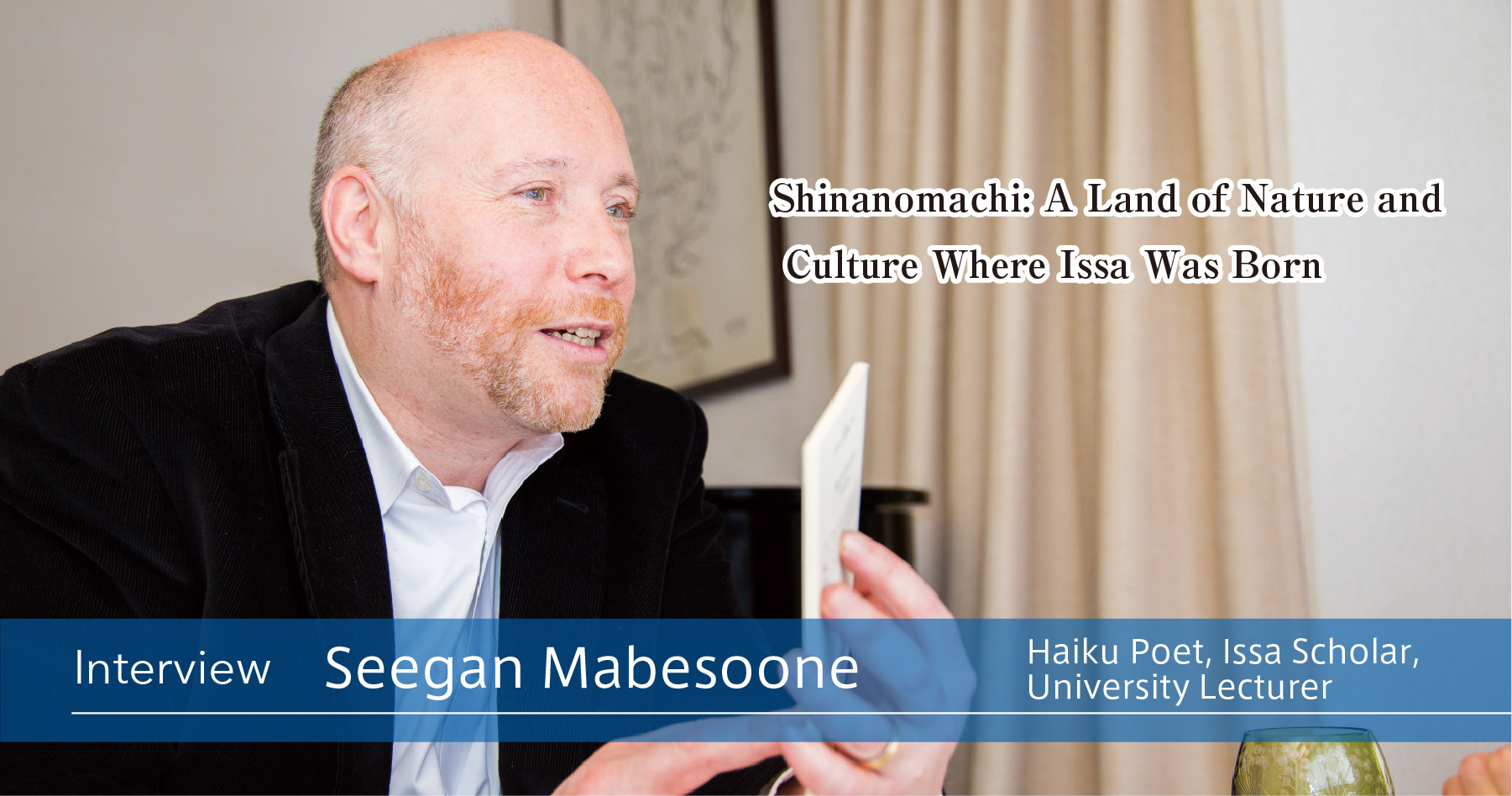 Born in France. First encountered haiku while studying in Japan. Has lived in Nagano prefecture for more than 20 years as a haiku poet, Issa scholar, and university lecturer. We asked him to talk about what makes haiku and Kobayashi Issa so appealing.

My Encounter With Issa

I loved poetry when I was a boy and wanted to be a poet when I grew up. At the age of 16 I came to Japan for the first time as an exchange student while in high school. In the school library I found and read a collection of Matsuo Basho’s haiku in English translation. I didn’t understand it very well at the time, but it really drew my interest. European poetry is lyric, but Japanese haiku express depth. By not revealing everything, they can suggest many things even in such a short format. I really wanted to learn more about this poetic form and decided to study classical haiku.

I later majored in Japanese literature at the University of Paris, completed my doctoral course, and then was drawn to Kobayashi Issa as I continued my studies on linked verse and haiku. Raised in rural France, I had a bit of a country bumpkin complex, and I think Issa’s circumstances and rebellious spirit really resonated with me. I also appreciated that he lived as he pleased yet wrote about the feelings of the weak, and I decided to focus my studies on his haiku. I had written haiku myself in French but while traveling in the south of France at the age of 25 a Japanese haiku suddenly came to me: daidai no / hana ni hikarete / haha no umi [Drawn by the blossoms / Of the bitter orange— / My mother’s sea]. Although I was very pleased to have written a haiku in Japanese, at the same time it make me feel that I really needed to live in Japan, so I decided to return.

During the 1998 Olympic Winter Games in Nagano, while serving as a Coordinator for International Relations, I helped welcome visitors from overseas with the “One Haiku for the Olympics” program. I had really looked forward to visiting Shinanomachi, where Issa was born and lived late in life, and when I did I found such wonderful natural surroundings, and nice people, too.

Issa expressed both animism and a rebellious spirit, and loved both humanity and nature. When I first encountered Issa the things I was doing were not getting much recognition, and I found his haiku encouraging. There is an attitude of defiance toward authority in Issa’s haiku that is not found in those of Basho, a shout out to those who might be crushed by the powers that be, an eye for discrimination and the weak. Because Issa was a poet from the countryside in Shinanomachi, he had a rebelliousness not found in the city, and an ability to express things clearly through his haiku. I think this spirit is something the Japan of today really needs.

Favorite Scenery and Spots in Shinanomachi

The earthen storehouse where Issa lived for the last six months of his life—a place emblematic of the Shinshu region. Issa died during the winter, and it must have been desperately cold and dark in the storehouse. There was, however, one south-facing window that let in a ray of sunshine. I think this signifies the attitude of the people of this region, who live their lives guided by conviction. Also Lake Nojiri. I like to take a rowboat out to Benten Island and sit on the beach at the right side. The view of Mt. Kurohime from there is spectacular—a view of the same mountain that Issa loved. 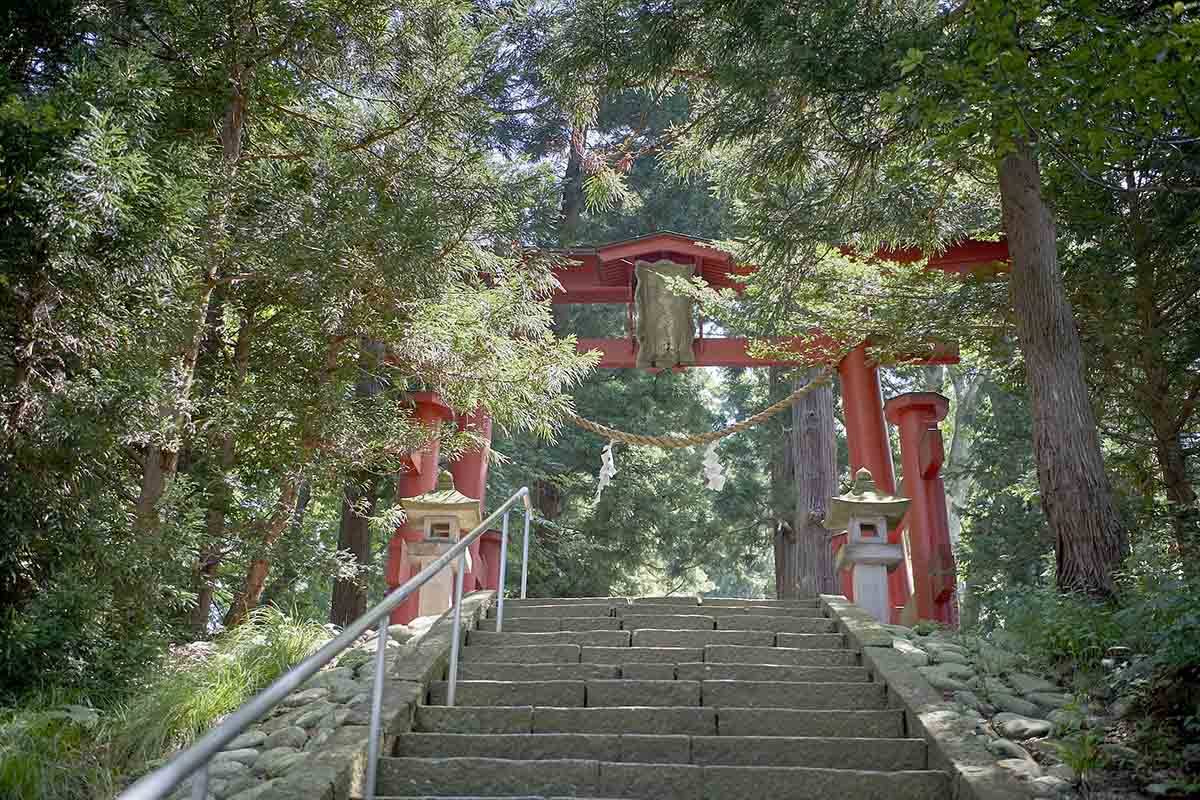 A Note to Readers

First visit the Issa Memorial Museum to get a sense for Issa. Then go to Benten Island on Lake Nojiri. After stepping off onto the island, you follow rows of towering cryptomeria up into a sacred world. In Japan it is believed that spirits reside in the trees and the lakes and in all things. This is consistent with the animism of Issa. The essence of travel is coming into contact with people and cultures. Beautiful scenery by itself is not something you remember. Get to know the locals, encounter their culture, and enjoy a trip you will never forget.

Seegan Mabesoone
Born in France in 1968, his real name is Laurent Mabesoone. He first encountered haiku while studying in Japan during high school, then studied Issa at the University of Paris in France before returning to Japan and earning his PhD at Waseda University. Over the ensuing 20 years and more he has lived in the northern Nagano area as a haiku poet, Issa scholar, and university lecturer. During the Olympic Winter Games in Nagano in 1998, while working as a Coordinator for International Relations at the prefectural office, he proposed and ran a cultural program to welcome visitors called “One Haiku for the Olympics.”