Lake Nojiri, located in Shinano town, Nagano Prefecture, is famous as an excavation site of fossils of Naumann elephant.

This time, we interviewed with Mr. Kondo, director of the Lake Nojiri Naumann Elephant Museum, and were able to hear about a wide variety of topics, including excavation of Lake Nojiri and global climate change.

Let’s learn about the environment issue and our future through Naumann Elephant!

What is Naumann Elephant？

Naumann elephants used to live in Japan until about tens of thousands of years ago.

The fossil of Naumann’s elephant was first discovered in Yokosuka in the early Meiji era.

It was named after Dr. Edmond Naumann, a German who was the first professor of geology at Tokyo Imperial University, since he was the first person who studied and reported about the fossil.

Dr. Naumann is also famous for being the first to advocate Fossa Magna, which divides the Japanese archipelago into east and west.

Naumann elephant is considered to be a close relative of the current Asian elephant, and it is presumed that its body was covered with hair to adapt to the cold ice age.

The most distinctive feature of the Naumann Elephant is its head shape.

Seen from the front, there are two convexes at the left and right of the crown, and the forehead is protruding greatly, as if wearing a beret.

Moreover, the tusk has developed, and the male tusk reaches 240cm in long one, and is curved so that it is twisted strongly from outside to inside.

Interview with Yoichi Kondo, the director of Naumann Elephant Museum 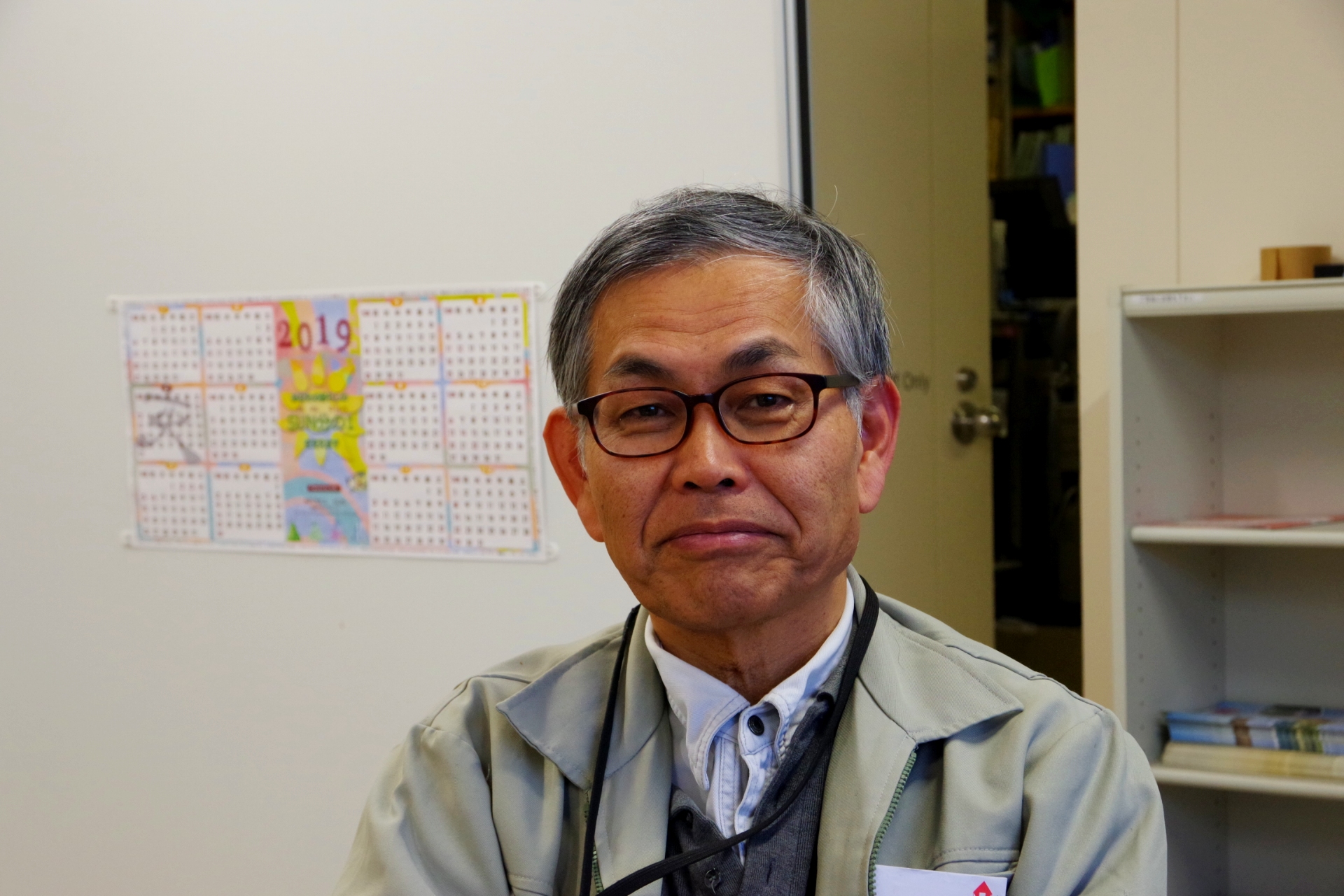 Q. Why did you start working for the Naumann Elephant museum?

At that time, the excavation was conducted once every three years.

At that time, the number of people who participated in the excavation was four to five times bigger than now, about 800 people.

So I needed to prepare 300 shovels each time.

In 1984, when I graduated from postgraduate school, the Naumann Elephant Museum was opened and I came to the museum as a curator. 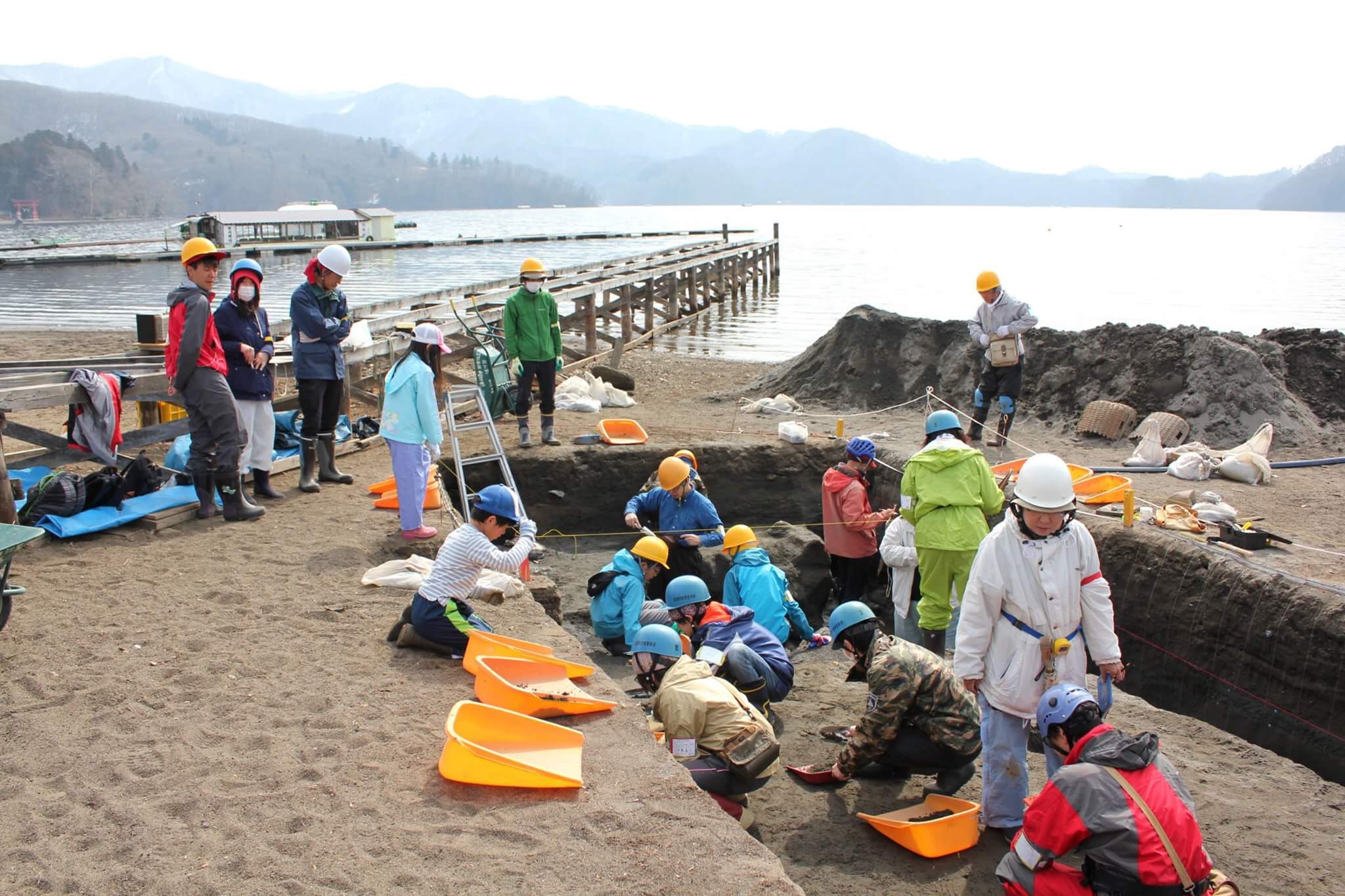 About the Excavation of Lake Nojiri

In 1948, the first Naumann elephant’s fossil in Lake Nojiri was discovered.

Matsunosuke Kato, who ran a ryokan on the lakeside, found a molar of Naumann elephant.

After that, several discoveries continued, and a proper excavation was planned.

The excavation of Lake Nojiri has been carried out since 1962.

The feature is that the general public and experts, from elementary school students to working adults, work together in a citizen participation system.

Participants come from all over the country and anybody can participate it.

Participants, both children and adults, must have one duty.

Also, in the post-excavation research, the participants are divided into 11 specialty fields, and they proceed with the research.

This method is called the Nojiri-ko style.

Currently, the excavation of Lake Nojiri is conducted every two years, at the end of March.

This is because during the winter season, hydroelectric power is generated using the water from Lake Nojiri, causing the water level to drop and the bottom of the lake to appear.

The most famous fossils discovered so far at Lake Nojiri are the Naumann elephant tusk and the bighorn deer’s horn, known as the moon and star.

Two were found neatly side by side.

It is thought that this arrangement may be a trace of festivals and rituals, which was arranged by people. 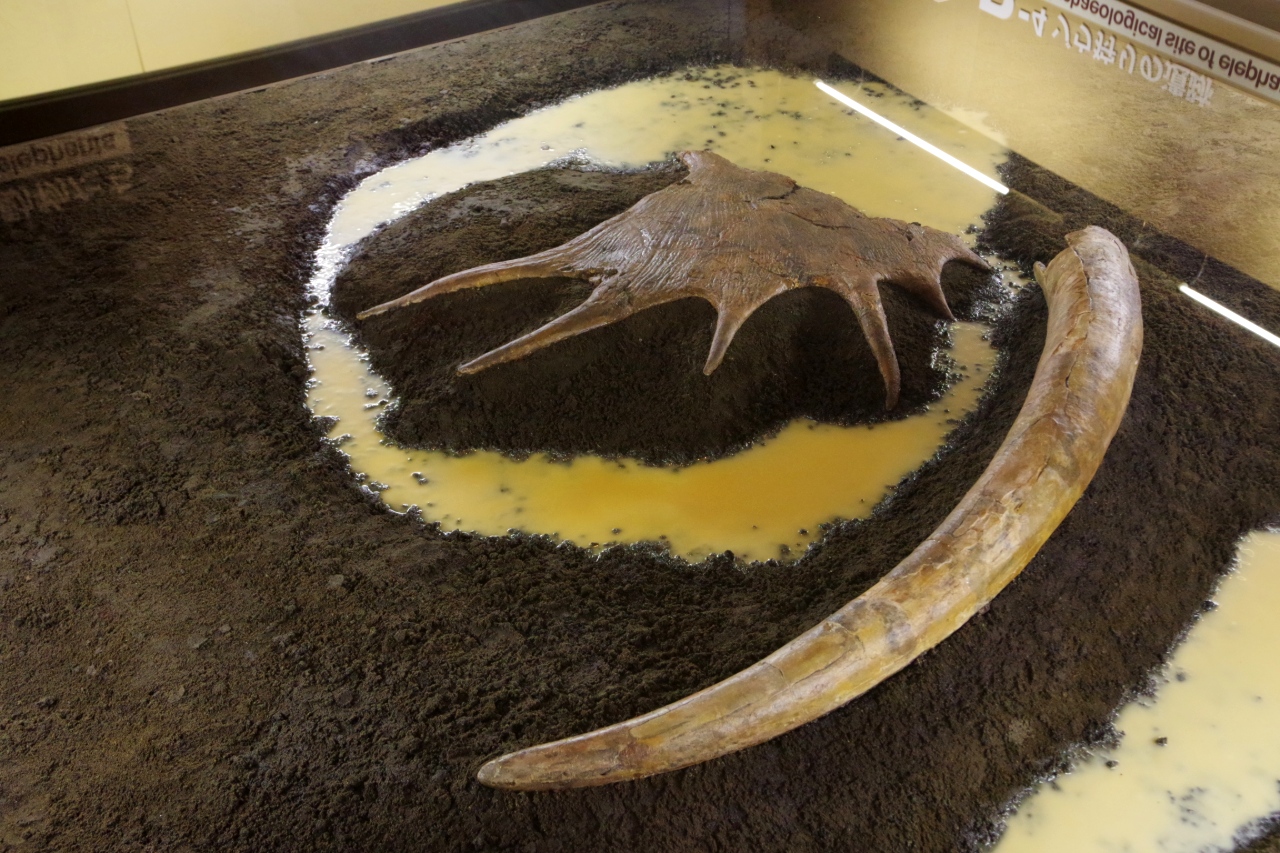 Everybody becomes repeater ! ? What is the charm of excavation in Lake Nojiri?

Q. What are the features and attractions of excavation at Lake Nojiri?

A. I go to various excavation sites, but most excavations are conducted by the ways doing exactly what leaders say.

But here Lake Nojiri is different.

The participants from beginner to experienced work together, there is always the idea of ​​making things better , and they always progress by thinking about how to do better.

The participants do not only wait for instructions by the people, but they rather participate in the operation and are very lively and active.

In the past, it was common to work under the direction of teachers or great people.

From children to adults work together, discuss together, if there is a problem, everyone thinks a solution, overcomes it, and propose new ideas.

That is the most distinctive feature and attraction of Lake Nojiri excavation.

Of course it is important that fossils come out.

But the way of excavation itself, reflecting even the opinions by elementary school students, is the most worthwhile thing.

Even the things, which we never think about, are incorporated by the opinion from participants. 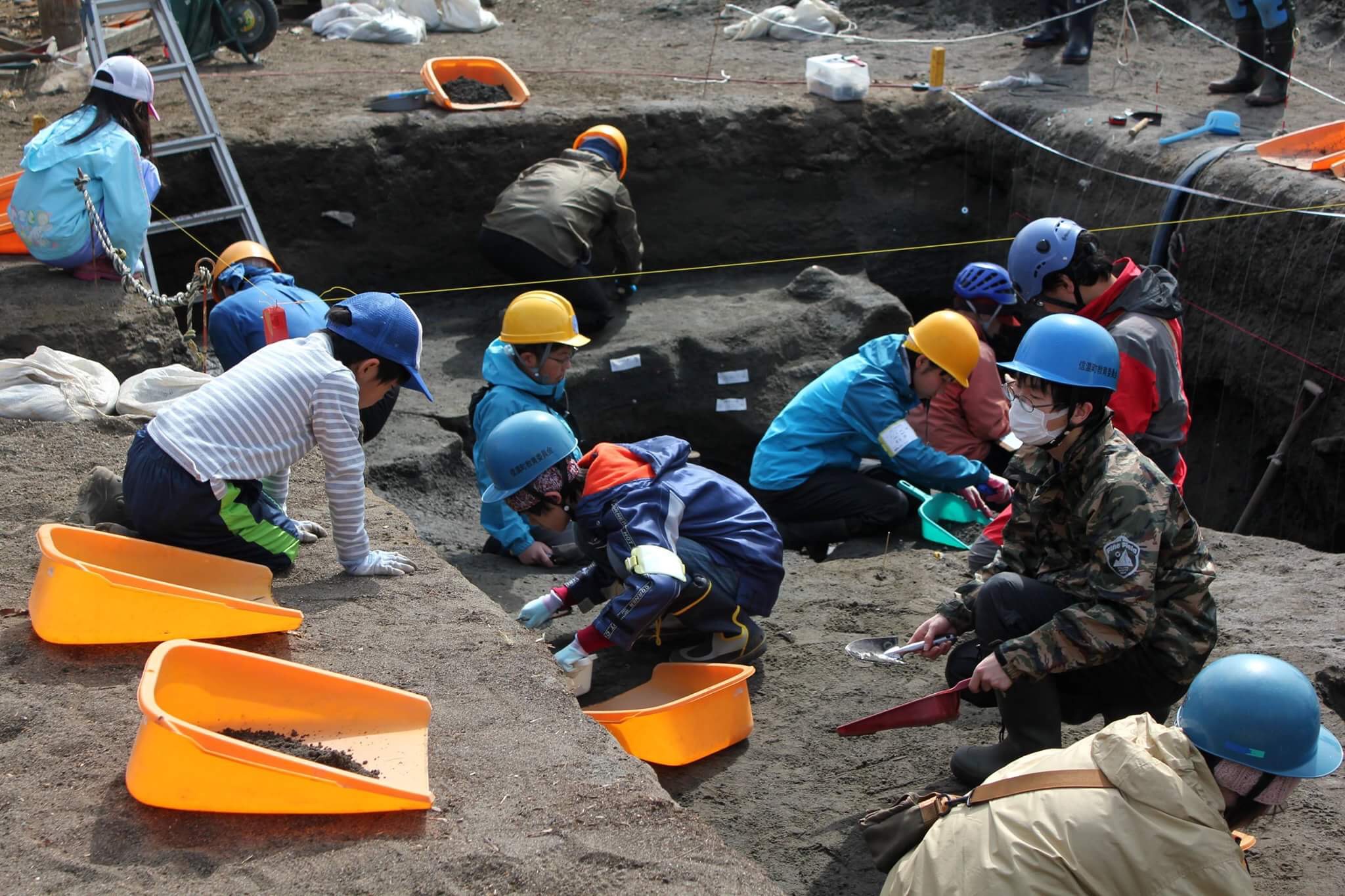 For example, in the past we had excavated about 100 grids.

Then one day we started broadcasting by the idea of a participant.

When something came out, we immediately broadcast to everyone which grid it was found.

Then everyone came to see it, looking at the excavated ones, they’d be motivated to do the best in their grid.

A lot of such interesting ideas come out every time, and the participants feel more united.

They become one team, really.

It’s a very interesting that connection between people is the most important thing at Lake Nojiri excavation.

Of course, not only good thing, sometimes we make mistakes.

But everyone works together and overcomes it.

I think that’s the most important thing.

Q. Are there many experienced participants?

A. No, there are few experienced people.

About two-thirds are beginners.

We don’t advertise it so much , just announce it on our website and in the local newspaper.

Various things happen when you participate in excavation.

And every time some questions come up, like things that are unlikely to be solved or strange bones come out.

Every time of the excavation, I ask myself that what happened here 40,000 years ago. 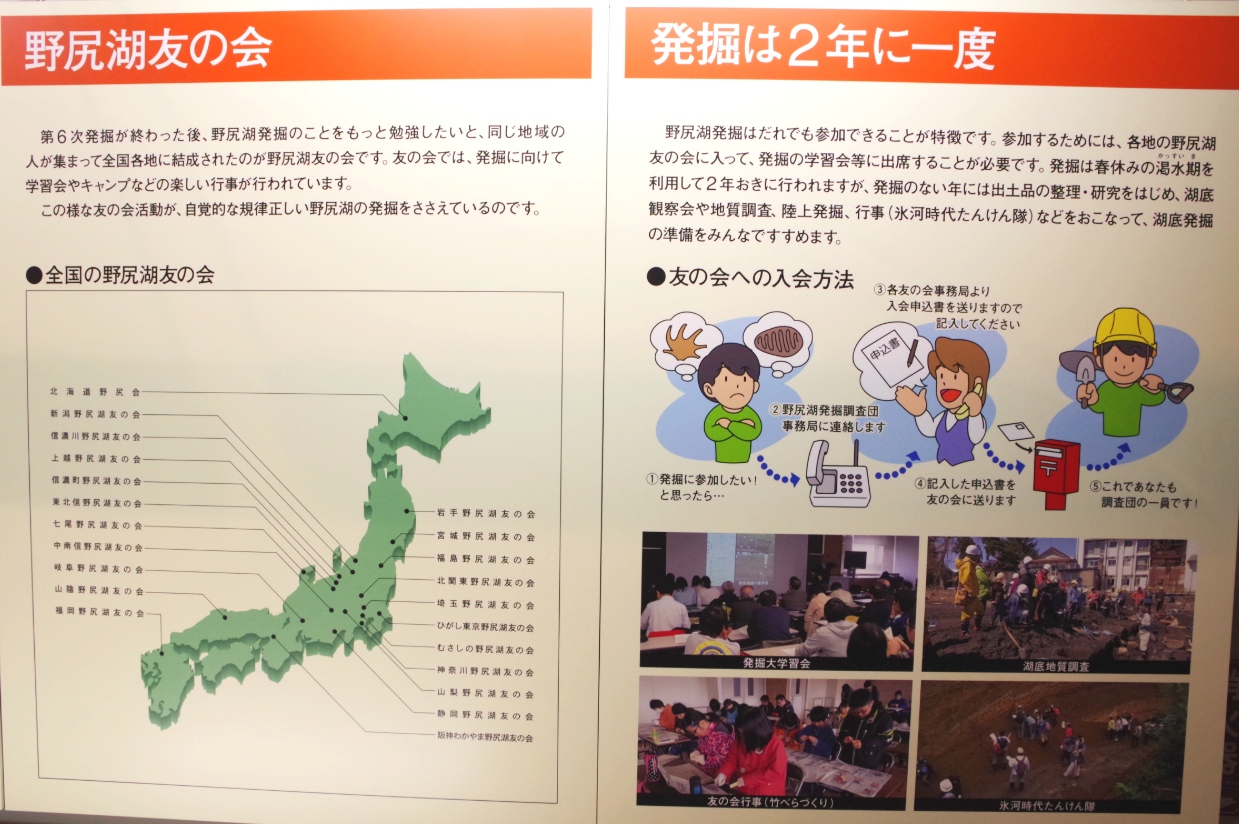 Q. Why were Naumann Elephants extinct?

A. There are many different opinions about it and we don’t know the truth yet.

However, by the excavation at Lake Nojiri, we are trying to prove that human influence may have been one of the triggers for extinction.

It is sure that the natural environment had basically changed considerably, and it made Naumann elephants no longer could live.

Environmental changes had occurred many times between 400,000 and 150,000 years ago, when humans didn’t exist here yet.

But  Naumann Elephants were not extinct at that time.

So what made it extinct at the time of the last environmental change?

Some people argue that only the emergence of humans adds a new factor.

Some people say that the environment has changed dramatically at a different level.

We don’t know that yet.

Extinction is not a simple matter, how to explain the phenomenon that all individuals disappeared at a certain time, that is the main issue.

What is Nojiriko hominin? Were there humans in Japan 40,000 years ago? Approaching the mystery that affects Japanese history..! 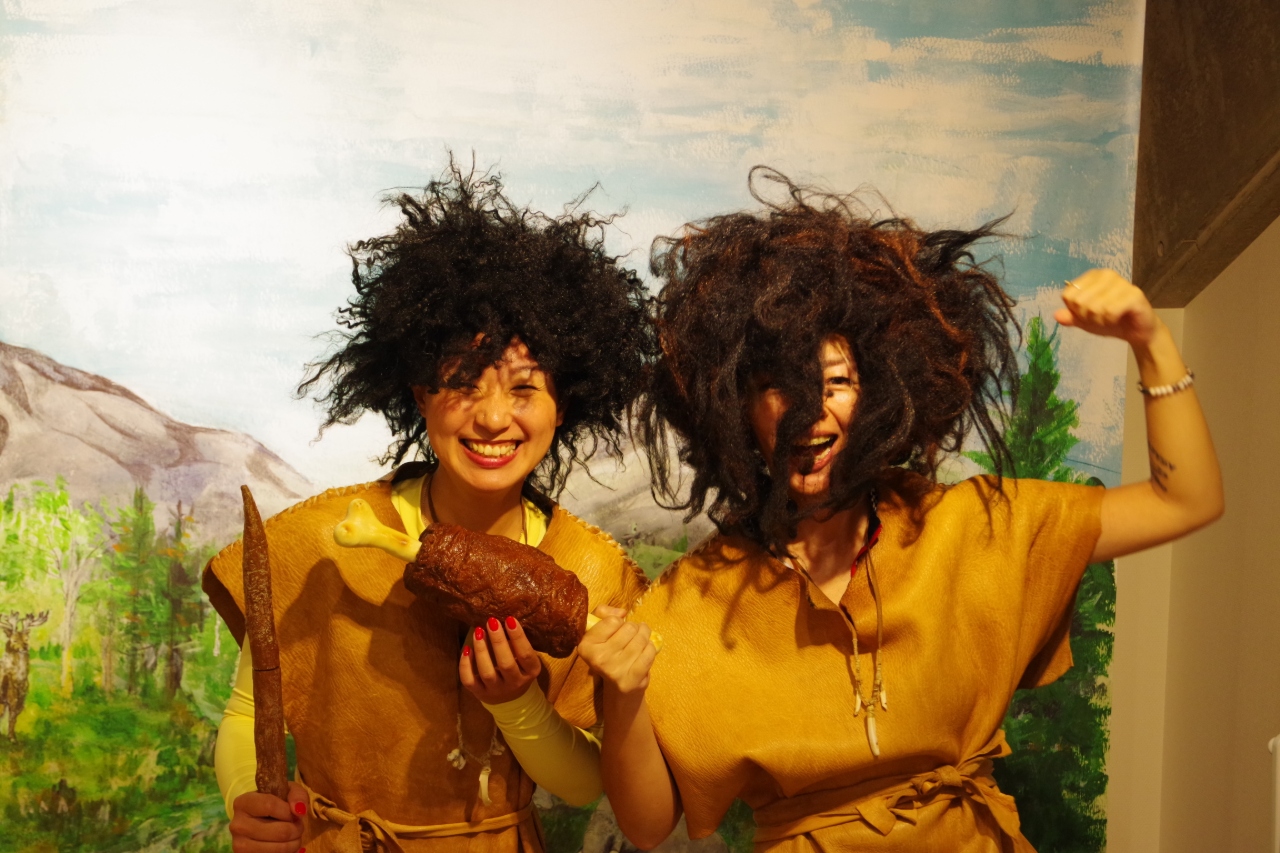 In Lake Nojiri, a large number of Paleolithic stone and bone tools have been excavated along with animal fossils such as Naumann elephant and Bighorn deer.

In particular, many bone tools using Naumann elephant bones have been excavated from the excavation sites at Lake Nojiri , which is a very valuable resource for knowing the era.

Also, it is extremely rare that so many Naumann elephant fossils are found in the same spot, and therefore it is thought that this was a hunting and demolition site (kill site) for humans.

However, no human bones have been found yet, and no direct evidence of hunting has been found, so it’s still unsure how to hunt Naumann elephant and what kind of people lived here.

We have to wait for the results of the research reveal the truth.

Did the people really exist? He also talks about the highlights of the Naumann Elephant Museum and the future excavation of Lake Nojiri.

Please check out the link below.

The many charms of Lake Nojiri