The official story is that Canadian missionary Dan Norman just got tired of the crowds at Karuizawa, and, in 1920, headed off on his motorcycle, to find a new place to avoid the summer heat of Japan’s big cities. But I much prefer Paul Swanson’s version.

“Legend has it that Dr. Norman and some of his acquaintances wanted to escape the stifling Karuizawa society—afternoon teas and the like (not so much, it seems, the heat)—and went forth to find a place where people could relax all day,” he says. “Meaning, lying in the sun or floating on the lake without being looked at suspiciously. They found a mountainside overlooking Lake Nojiri which was being used to gather wood and make charcoal, and were able to purchase the land.” 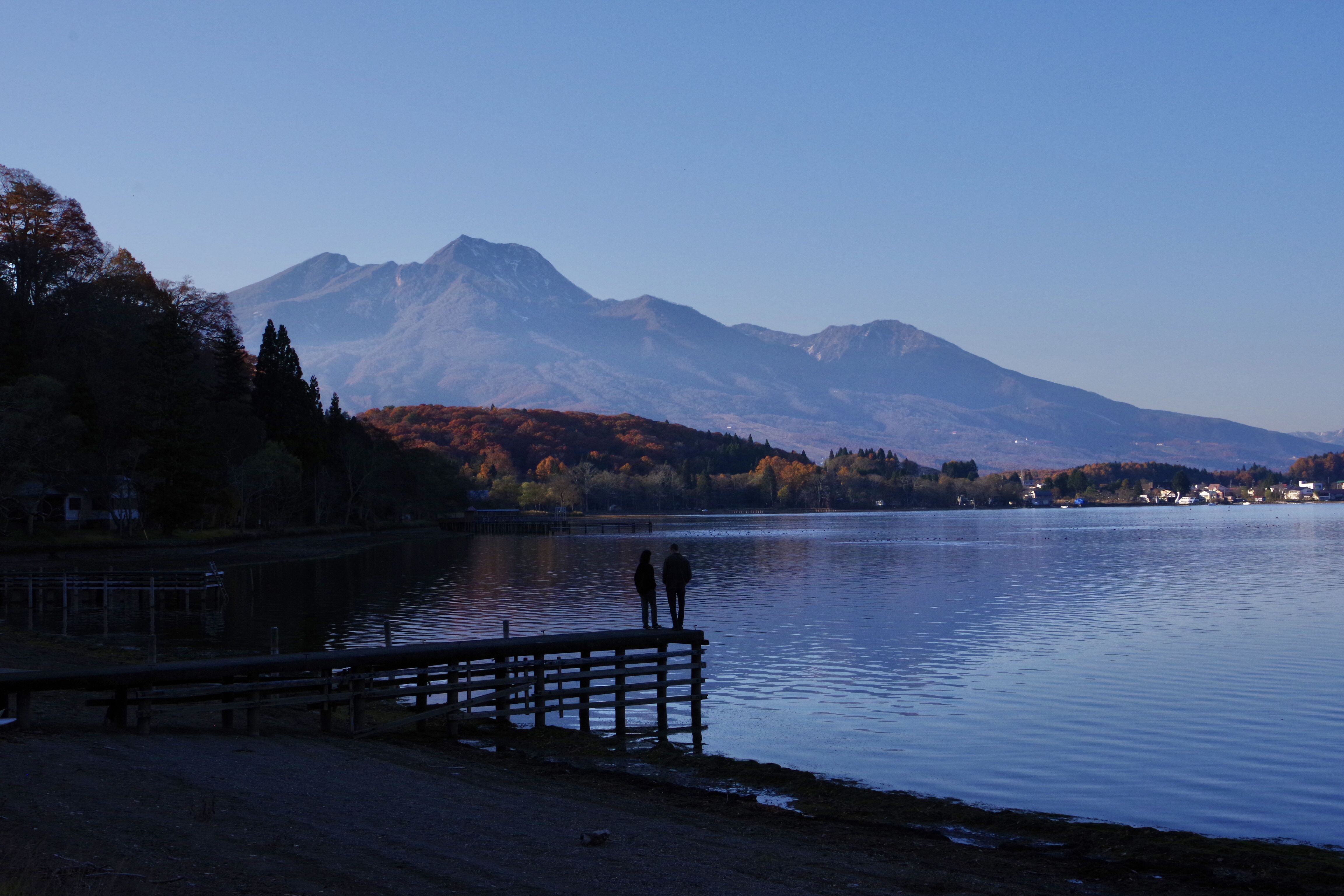 What they founded was the Nojiri Lake Association (NLA), which celebrates its centennial in 2021. Dr. Swanson knows because, besides being a second-generation NLAer, he is the Chair of the Centennial Committee, celebrating this unique place in Japan.

Today, there are some 250 cabins on this location on the south shores of this beautiful lake. “I believe about 10 to 15 of these are occupied year-round,” Dr. Swanson says, “with more people coming occasionally for skiing.” He notes that it used to be called the gaijin mura, or “foreigner village,” but with an increasing number of Japanese members, it is now known a little less pejoratively as kokusai mura, or “international village.” “I’d put ‘Japanese’ into quotations, because the identity of the members is quite fluid,” he says. “There are many second-, third- and fourth-generation people here with mixed heritages and cultural backgrounds. Many of the second- and third-generation members had parents who were missionaries after or even before the second World War. My father, too, was a missionary, who began taking us to Nojiri in the late 1940s and 1950s—so I’ve been coming here for over 60 years!”

Today the mountainside that was treeless when the NLA was first founded is covered in forest; the small cabins that make up the NLA seem to nestle into the greenery. You almost have to search carefully in the offseason to know there’s a community out there in the woods; on weekends, the crowds of young members enjoying the beach and cool waters let you know that this is in fact a popular place.

And there are good reasons for the popularity. Lakes are not all that common in Japan. They’re better known in lands where glaciers scoured the landscape, like Scandinavia or the north-central US and Canada. This is the land of volcanoes, after all, and Lake Nojiri was formed by a volcanic eruption—perhaps of nearby Mt. Madarao, or of Mt. Kurohime across the valley to the west—that dammed a river, beginning 70,000 years ago. There were several different eruptions up until about 11,000 years ago that in the end formed the lake. It’s not, as some will say, a volcanic crater itself. But it is deep, in spots extending down to over 39 meters. One source even says that, while it is around one-third the surface area of Nagano prefecture’s largest lake, Lake Suwa, Lake Nojiri actually contains more water than its shallow, larger sister. Combine nice, deep, cool lake water, an altitude of 657 meters, lots of surrounding mountains and the cool breezes that flow from and around them, and you can see why those 20th-century missionaries decided to create a summer escape here.

There are lots more interesting stories to tell about the waters of Lake Nojiri and the surrounding area. There is an island on the lake big enough to house a shrine, Uga-jinja.

Starting from the 1960s, excavations on the west side of the lake unearthed the fossils of Palaeoloxodon naumanni or Naumann’s elephant, a small species said to be more closely related to African elephants than mammoths. Fossils were also found of Sinomegaceros yabeii, an extinct, giant deer with large antlers, and of brown bears. A variety of hand tools, many designed for butchering animals, were discovered in the area, suggesting that this was an important settlement from a very long time ago.

In the Edo Period, the age from 1603 to 1868 that gives us many of our best-known images of Japan, the area was a stop on the Hokkoku Kaido, an ancient road that traveled from Kanazawa City to the west and Izumozaki to the north—the port offloading gold from the mines on Sado Island, the most important gold mine in Japan. Imagine a highway stretching along the coast in both directions, joining at today’s Joetsu City, traveling up the plains and between the mountains that line both east and west right up to Shinano-machi—traveled by thousands of people almost entirely on foot. Some were the forces of the central government, carrying that gold from the sea to the capital in Edo, the old name for Tokyo. Others were pilgrims on their way to Zenkoji Temple in Nagano City, a popular destination for worship. There was a constant stream of the rich and commoners, merchants and soldiers, streaming along the road, and many must have enjoyed a cooling stop on the shores of Lake Nojiri.

Despite the popularity, though, Lake Nojiri is also a quiet, natural place. Paddle a canoe in the early morning and you’re very likely to see the flash of an iridescent blue kingfisher, or spot some colorful oshidori—Mandarin ducks. Other birds include cormorants, a colony of blue herons that nests high in the trees along one quiet peninsula, and many migratory birds that stop by in autumn and winter. Foxes, tanuki (raccoon-dogs), kamoshika (the Japanese serow), a variety of weasel family members, deer, wild boar and maybe even a black bear or two might be seen along the shores. Things get a little lively on the water from 7am, when bass boats speed out to try to catch introduced black bass, or when some sailboats or windsurfers zip around on windy days. A quieter form of fishing arrives in winter, when enclosed boats, complete with heaters, head out bringing anglers targeting the minnow-sized and very tasty wakasagi, or smelt. 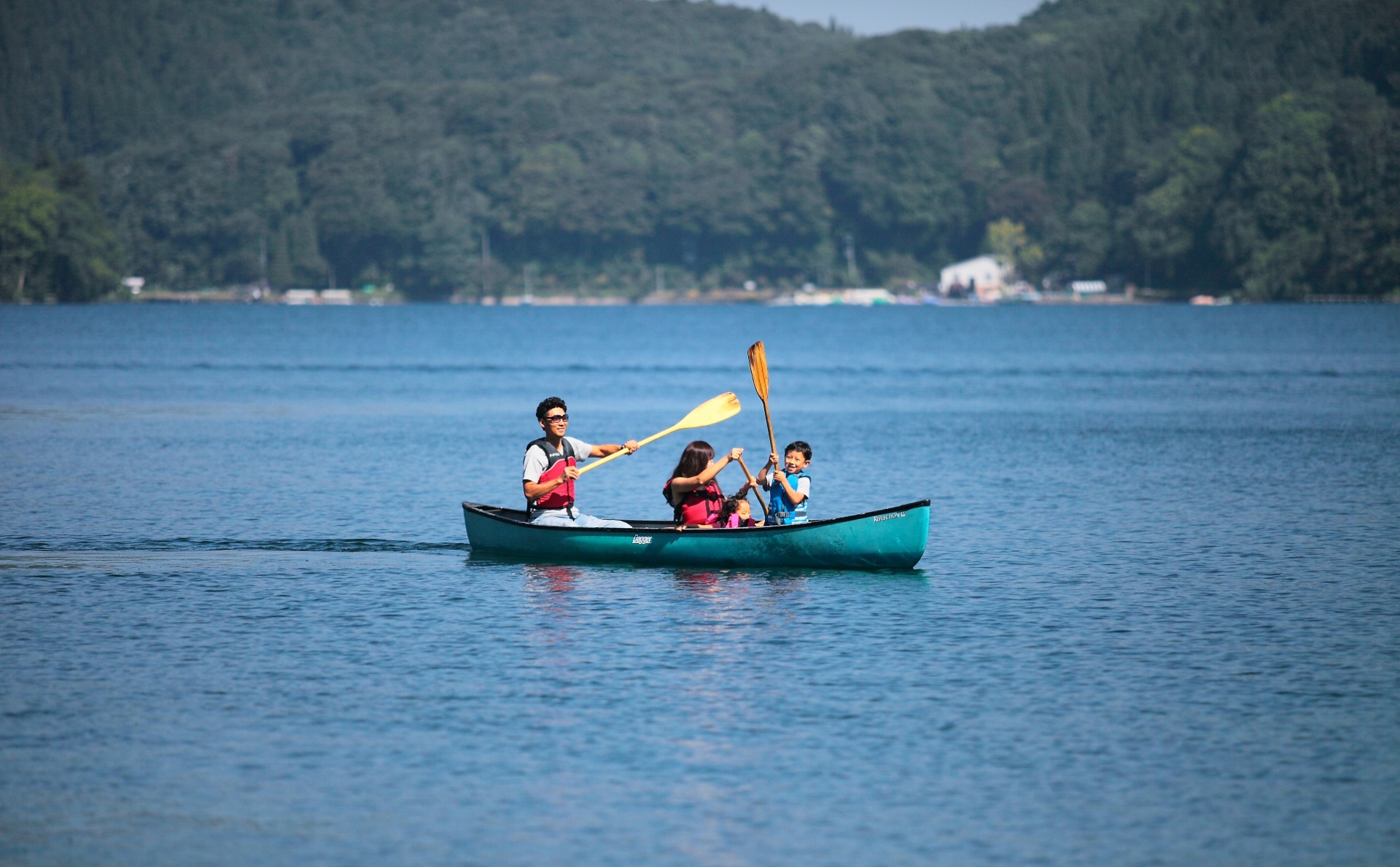 So there are a lot of reasons why Lake Nojiri has remained popular over all the centuries, and really is Shinano-machi’s sparking gem.